"PLATO in philosophy was a genuine innovator on a scale to which succeeding centuries offer no parallel. It may appear that, for many hundreds of years, the influence of ARISTOTLE was more conspicuous and profound, but there is a sense in which this was not so: for ARISTOTLE himself was, and usually spoke of himself as being a Platonist-he owed far more, certainly, to PLATO, than PLATO owed even to SOCRATES, whose influence upon him, though powerful, was limited in its scope. The range of PLATO'S own work was so immense that it is really impossible for an account of it both adequate and brief. There is not really to be found, among his numerous dialogues, any single 'system' or set of doctrines that could be put forward as a final characterization of his position, and besides this PLATO himself gives us to understand that his published writings do not embody all, or even the most important, of the doctrines that were actually taught in the ACADEMY. A man's best thought, he seems to say, is likely to be, and even ought to be, reserved for living discussion in a limited circle of his followers and friends.
---
A Mentor Book, published by the New American Library, New York 1958, p. 72.-
Alles klaro?-Mit "followers" sind hier nicht etwa die ganzen Blödmänner auf Youtube gemeint, sondern "Gefolgsleute im Geiste", wenn ihr versteht, was ich meine!-Youtube=lat. "Tutubus"; tubus, i m.=Röhre, auch: weibliche Scheide!
---
decurio
(Meinen unfreiwilligen "Gefolgsleuten"=tirones=Rekruten trete ich hingegen dermeist in den Arsch, wenn sie mir geistig nicht folgen können, was nicht selten vorkommt bei der allgemein verbreiteten Blödheit in der Truppe.)
---
Eingestellt von Murmillo um 19:11 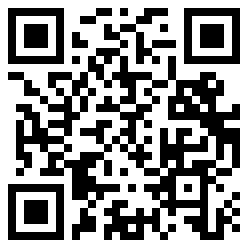